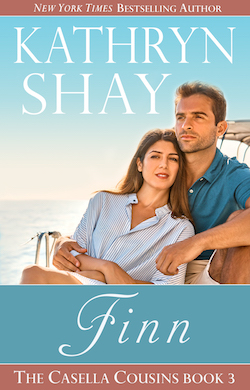 He prefers older, sophisticated women who know what they want. Or at least he did, until he begins to see his assistant in a different light.

But she’s done with her stupid crush on her boss. Done, done, done!

Finn Casella was always the shy, reticent one in the midst of the lively, outgoing Casella cousins. When he was young, he liked books and writing more than he liked people. Now a successful independent bookstore owner in the heart of New York City, he’s settling into his life and wants to get back to his unfinished novel… 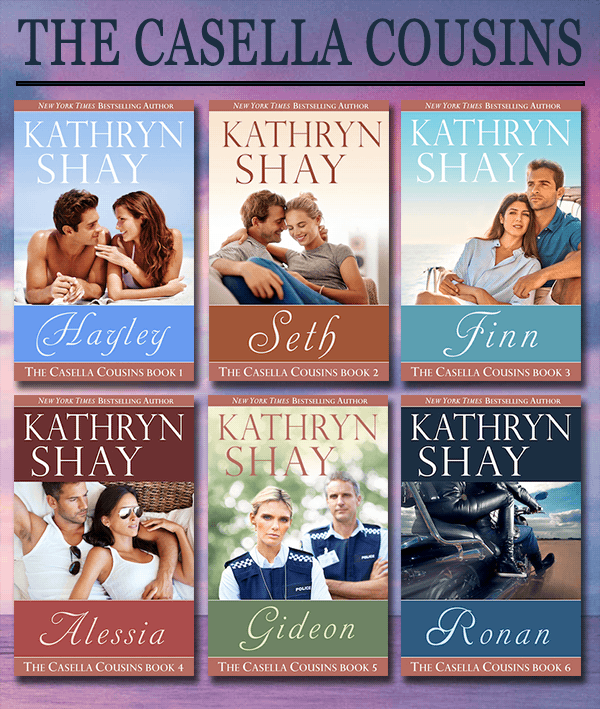 Six cousins, separated as children, reunite as adults and become intricately involved in each other’s lives.

Release dates listed below and preorders are available.

Hayley Casella loves her job as an Assistant District Attorney—everything but facing Paul Covington, her nemesis, in court. She’s fought with him in trials for a year. What will they do when attraction sparks between them one moonlit night? (Available Now) Read More & Order Today!

Legal Aid lawyer Seth Casella is a truly good guy. Or so everybody thinks. But he has a darker side, that came out with his old girlfriend, Julianne Ford, which splits them apart permanently. Or maybe not! (Available Now) Read More & Order Today!

Finn Casella, a mild-mannered guy, owns a bookstore in New York. He’s content with a quiet life and casual dating. Until he begins to see his young, sometimes infuriating assistant in a new light. (Available Now) Read More & Order Today!

Alessia Casella Benatti married the love at of her life at eighteen. And he died young. After several years, she goes back to finish college. She meets dashing Dylan Davidson, a fellow student, and begins to see love in her future again–though something isn’t quite right about him. (Coming 9/22) Read More & Pre-Order Today!

Gideon Casella is a top cop in the Hidden Cove Police Department and in line for a promotion. It comes as a shock when the brass gives the position to Anabelle Sanders, a tough-as-nails female detective—and then assigns him to work for her. (Coming 10/20) Read More & Pre-Order Today!

Ronan Casella left home twenty plus years ago, abandoning his beloved sister and brother—until now. The mystery as to what’s happened to Ronan in the intervening decade is revealed in book six. (Coming 11/17) Read More & Pre-Order Today!