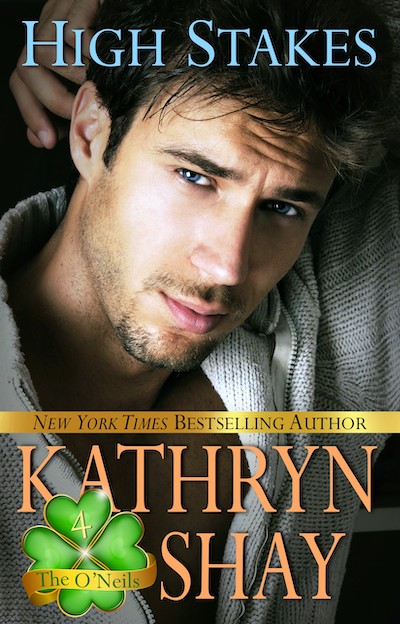 Back by popular demand…The O’Neil Family. Get the book readers have been begging for — Book 4 in the O’Neil series!

Dylan O’Neil’s Achilles heel is his family. He’ll do anything to protect them. Rachel Scott, a cable newscaster, seems to offend and even hurt the O’Neils with her coverage of them. When Dylan exposes her irresponsible journalism in one of his popular columns for a local magazine, Rachel is furious and accuses him of bias and vindictiveness. Forced by the heads of both news agencies to resolve their differences, Dylan sees another side to Rachel, one with more warmth and depth than she displays to the world. And she finds him to be a caring man who safeguards those he loves. Attraction between them flares out of control, and they are drawn deeply into each other’s lives. But with the entire O’Neil clan against them, can they ever have a lasting relationship?

Set in the colorful world of New York City, the politics of Washington D.C. and war scenes in Syria, HIGH STAKES takes the reader on another journey with those wonderful O’Neil men. 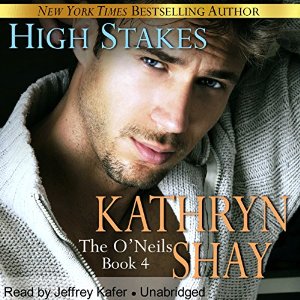 High Stakes is available on audiobook from these online booksellers

“I have read all of the O’Neil books. I just couldn’t get enough of this family. I laughed, I cried & fell in love with all the characters.”

“As each O’Neil book comes out, I find myself drawn more and more into their world. I’ll be waiting very impatiently for the last two brothers’ books.”

“I loved getting to know the whole family. I wish there were more books on the rest of the brothers.”

“Ms. Shay is such an excellent writer. No one can create families with sibling relationships so true-to-life: funny, sweet, petty spats, taking criticism from them that you wouldn’t take from anyone else.”